The New Zealand citrus industry’s ongoing commitment to working with Delytics to deliver consistently great tasting fruit has resulted in the majority of their navel oranges being liked by consumers in 2017, despite a challenging growing season. 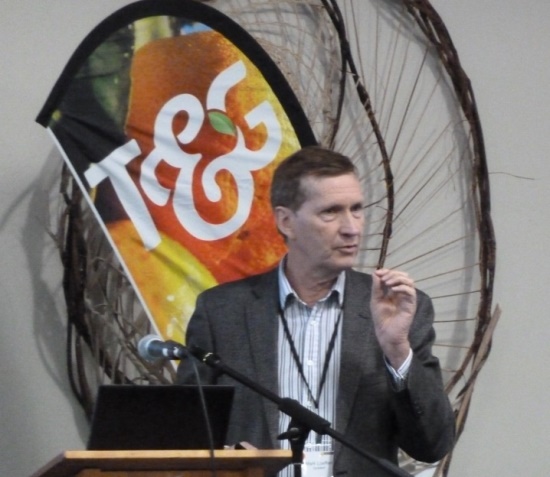 Supermarket monitoring showed approximately 85% (6 out of 7) of all New Zealand navel oranges met the New Zealand Citrus Growers’ Inc (NZCGI) minimum maturity standard in 2017, compared to 67% in 2015 before new processes were implemented. This year’s average weekly acceptability ranged from 78% to 95%, and stayed above 90% for three out of nine sampling weeks.

New Zealand’s navel orange growers actively contributed to this positive result by taking part in the voluntary clearance programme that was adopted by NZCGI at the start of 2016. Delytics Ltd developed the clearance process and has carried out NZCGI’s orchard monitoring programme for the past two seasons.

This season, Navel orange orchards in Northland and Gisborne were monitored from early February until late September to measure changes in fruit quality and predict when fruit would meet NZCGI’s minimum maturity standard.

Up until May 2017, BrimA measurement data and maturity models produced by Delytics suggested an earlier start to the season than in 2016. However, the BrimA data showed a significant maturity slowdown in May and alerted the industry to a later harvest date, which ended up being almost 4.5 weeks later than 2016. This sudden maturity slowdown is thought to have been caused by unseasonal weather, which saw drought conditions in the summer followed by more than twice the average rainfall from February through to May.

Delytics Managing Director Mark Loeffen says, “The monitoring was critical to understanding how internal fruit maturity changed during a season of challenging weather conditions.  One of the keys to the ongoing success of this monitoring programme and predicting maturity dates is the industry regularly watching this information to inform harvest decisions in combination with their own on-orchard maturity testing.”